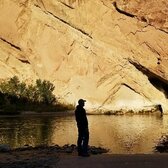 What vision and compromises shaped the North Cascades? A conservation tale in two parts.